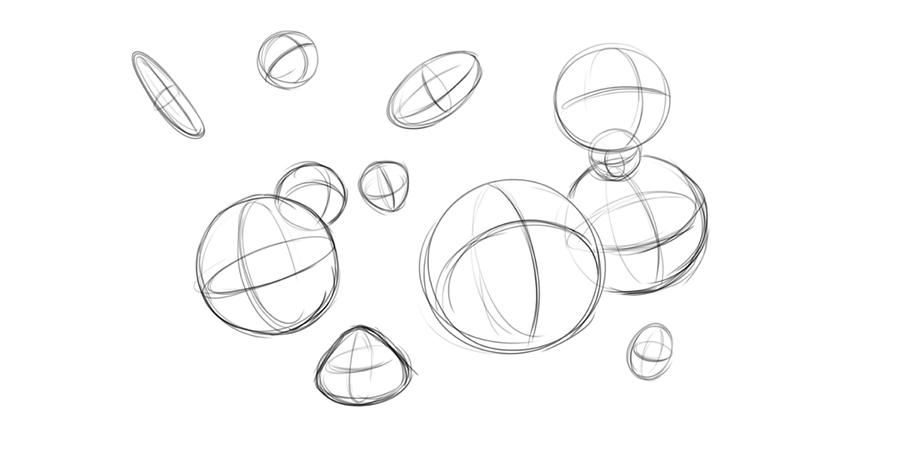 One of the questions that has faced and continues to face some of the philosophers of the world is ‘What is reality?’

Plato addresses this question in his doctrine, the Theory of Forms. In an attempt to answer this question, he explains what the Forms are and how they affect the way the world is observed. These so-called Forms are the basis of the reality we perceive. The question one must ask him or her self is what are these forms, where do they come from, and how do they affect us as a society.’ A Platonic Form (Idea) is not a thought in someone’s mind but something that exists per se as an immutable part of the structure of reality.’ This statement is the foundation of Plato’s philosophy. He believed that besides the material world we live in and of which we experience; there is another world, an eternal world of concepts, or Forms. This eternal world is more real than the world we experience through the senses (or Empirical knowledge – knowledge based on our senses), and it is the object of knowledge, pure knowledge, not opinion.

What Plato means by the Forms is that they are the essential archetypes of things, having an eternal existence, apprehended by the mind, not the senses, for it is the mind that beholds “real existence, colorless, formless, and intangible, they are behind the way we see the world. In other words, they control the images and ideas that are presented to us.

Two examples of such forms are ideal beauty and absolute goodness. When a person makes a comment like ‘ That is a beautiful home.’ What is the difference between a beautiful home and a home that is not beautiful? This illustrates the point that Plato is attempting to make about the Forms functioning as a standard by which we compare the world to.

In essence, these Forms serve as a measuring stick by which we make our judgement’s. In regards to the Form of absolute goodness, Plato describes this one as the all- powerful form. Here Plato suggests that the other Forms derive their meaning from the Form of absolute goodness. Forms cannot be seen nor can they be felt; however, they can be apprehended by the mind. We can only see traces of the forms in the physical world, like shadows on a cave wall…. and, when we do see the shadow of a form like “true justice,” we never really see it in its ideal form (it is always imperfect and distorted) as a blurred copy(e.g., a beautiful person is a copy of Beauty). We can say about a person that she is beautiful because we know the Idea of Beauty and recognize that a person shares more or less in this Idea.

Knowledge: seeks what truly is: its concern is with Being. What really is, what has Being, is the essential nature of things: these essences, such as Beauty and Goodness, which make it possible for us to judge things as good or beautiful, these are eternal Forms or ideas.

Science: is a body of universal and necessary truths. Every science has its objects, and must have for its objects, forms: nothing other than eternal, unchanging forms can qualify to be the objects of scientific knowledge.

The Higher World: Is composed of immaterial & eternal essence that we apprehend through our minds. A Form is an eternal, unchangeable, & universal essence (they have an objective or extramental existence). What we encounter in physical world are imperfect examples of such unchanging absolutes as Goodness, Justice, Truth, & Beauty that exist in an ideal, nonspatial world. The higher world is more real for Plato than physical world, in as much as the particular things that exist in the world of bodies are copies of the Forms. Only when we focus on the Forms does genuine knowledge become possible.

Where do the Forms Exist? They have an independent existence; They have no spatial dimension; Human soul was acquainted with Forms before it was united with the body. In the process of creation, the Demiurge or God used the Forms in fashioning particular things, suggesting that the Forms had an existence prior to their embodiment in things. Forms seem to have originally existed in the “Mind of God” or in the supreme principle of rationality, the One.

How Do We know the Forms: Three different ways in which the mind discovers the Forms: 1. Recollection: Before it was united with the body, the soul was acquainted with the Forms. People now recollect what their souls knew in their prior state of existence. Visible things remind them of the essences previously known. Education is actually a process of reminiscence. People arrive that knowledge of Forms through the activity of dialectic: the power of abstracting the essence of things and discovering the relations of all divisions of knowledge to each other.

Allegory of the Cave

Plato uses the “allegory of the cave” as a means of explaining his theory. In his story, Plato describes several individuals that have been imprisoned within a cave “since childhood,” with “their necks and legs fettered” in a manner that prevents them “from turning their heads around” (Steinberger, 262). These “prisoners,” in turn, are forced to gaze upon the wall of the cave which is illuminated by a fire behind them. Plato then states that puppeteers in front of the fire project shadows of various “artifacts” onto the wall in front of the prisoners (Steinberger, 262). In doing so, Plato states that the prisoners come to believe over time “that the truth is nothing other than the shadows of those artifacts” (Steinberger, 262).

Plato then describes what would happen if one of the prisoners was allowed to leave the cave and venture outside. By leaving, Plato states that the individual learns of a reality that exists beyond the shadows of truth evident within the cave. Once the former prisoner is allowed to view the Sun outside, Plato states that “he would infer and conclude that the Sun provides the seasons and the years, governs everything in the visible world, and is in some way the cause of all things that he used to see” (Steinberger, 263). Here, Plato introduces his readers to what he considers to be the form of “goodness” (represented by the Sun), which he feels is the most important of all the various “forms” since it gives life, and illuminates everything within the physical world.

Plato concludes his story by describing what would happen when the former prisoner returns to the cave. Plato states that, upon his return, his ability to recognize the shadows upon the cave’s wall in an enlightened manner would “invite ridicule” from the prisoners beside him (Steinberger, 263). Because the prisoners that remained inside the cave were not able to venture outside, Plato concludes that they would be incapable of understanding anything the other prisoner attempted to explain to them.

Thanks to all sources for this article: Luce, J. V. , educheer.com, Karah Ramirez, Larry Slawson, brightkite.com 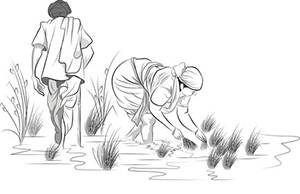 The classical formula for justice according to which an action is just when it offers each individual his or her due took on a substantively egalitarian meaning in the course of time, viz. everyone deserved the same dignity and the same respect. This is now the widely held conception of substantive, universal, moral equality. It developed among the Stoics, who emphasized the natural equality of all rational beings, and in early New Testament Christianity, which elevated the equality of human beings before God to a principle: one to be sure not always adhered to later by the Christian church.

This important idea was also taken up both in the Talmud and in Islam, where it was grounded in both Greek and Hebraic elements in both systems. In the modern period, starting in the seventeenth century, the dominant idea was of natural equality in the tradition of natural law and social contract theory. Plato cautions us against building two parallel cities, “the city of the poor and that of the rich,” where the poor struggle to be productive citizens and plot against the rich — while the rich become luxurious, idle and plot against the poor. 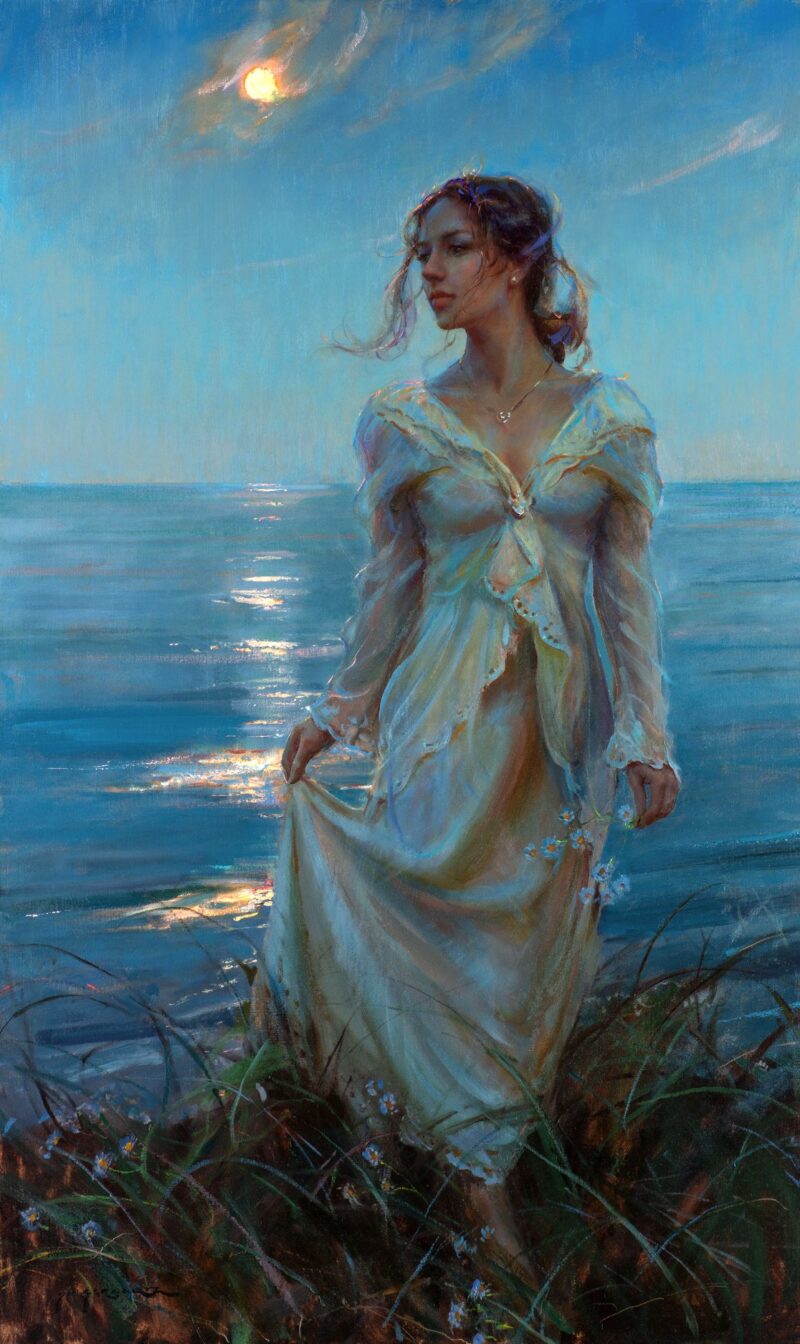 Featured Artists:
Daniel Gerhartz
Born 1965 in Kewaskum, Wisconsin, where he now lives with his wife Jennifer, and their young children, Dan's interest in art emerged as a teenager.