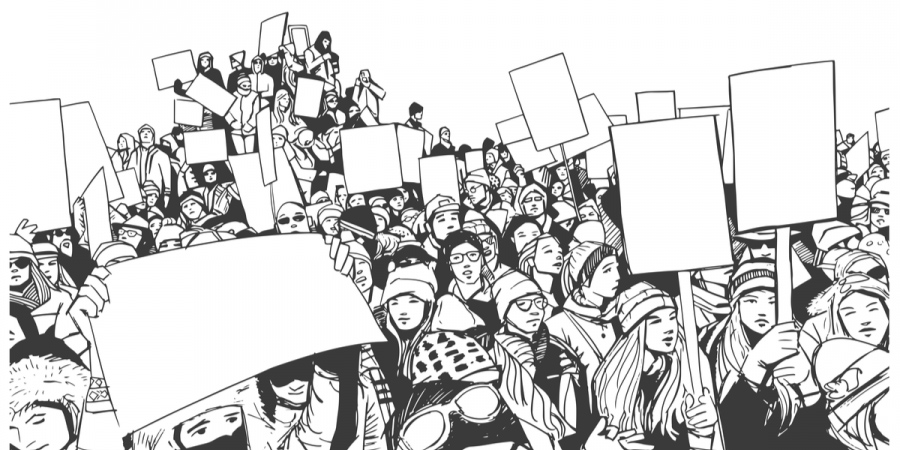 Plato’s critique of democracy is that democracy does not place a premium on wisdom and knowledge seeking as an inherent good, much like timocracy and oligarchy. Instead, democracy suffers from the failures of the aforementioned systems insofar as it prioritizes wealth and property accumulation as the highest good.

Even worse, democracy embraces total freedom (which Plato calls “anarchy”) and unnecessary “appetites,” which crowd out the ruler’s responsibilities of virtuous governance, control the democratic soul. According to Plato, democracy is the worst form of government since no measures guarantee a rightfully elected leader has the virtues that articulate best interests of the masses.

Platos charge against democracy is that it violates the proper order of society by creating an artificial equality. His fundamental criticism of democracy is (essentially) that it is an irrational form of the constitution. It is based on the assumption that every citizen is equally entitled to a say in political affairs, no matter how unsuited he is in terms of ability, character or training . Basically no matter how ignorant a person may be, they still could find themselves playing a significant role in public affairs. The key to a successful political career lay in being able to speak persuasively for this reason the art of oratory or public speaking came to be highly valued.

Plato and Socrates both felt that all people were born with knowledge but that not all people were in touch with the knowledge they possessed. It was through a process of questioning that simply made them recall what was already ingrained. Plato throughout the book rejected the idea that all men are equals. Instead of supposing every man is innately good, Plato holds that every man has a right to pursue the good. Socrates and Plato both believed with much support that all men should strive to reach the highest forms knowledge.

Plato (Republic, Book VI) argues that democracy is inferior to various forms of monarchy, aristocracy and even oligarchy on the grounds that democracy tends to undermine the expertise necessary to properly governed societies. In a democracy, he argues, those who are expert at winning elections and nothing else will eventually dominate democratic politics. Democracy tends to emphasize this expertise at the expense of the expertise that is necessary to properly governed societies. The reason for this is that most people do not have the kinds of talents that enable them to think well about the difficult issues that politics involves. But in order to win office or get a piece of legislation passed, politicians must appeal to these people’s sense of what is right or not right. Hence, the state will be guided by very poorly worked out ideas that experts in manipulation and mass appeal use to help themselves win office.

Elected officials have to keep courting the favor of the people in order to maintain their place in positions of power. This tends to be a popularity contest more than any kind of election based on qualifications, experience, or intelligence. Pandering thus becomes a commonality as those in power try to stay in power the best way they know how: not by applying their own expertise or by doing what they think is right, but by appealing to the whims of the masses. Unfortunately, one thing this can often mean is that our elected officials may be as ordinary and unexceptional as those that put them into office.

Socrates and Plato also believed that man was not self-sufficient, they believed man would be most happy living in a State. They also believed that all men wanted to live the truly good life where they could be in tune with the truth and achieve their ultimate goals. Plato believed A State comes into existence because no individual is self-sufficing. This indicates the importance of a State to an individual according to Plato.

Plato had specific ideas of an ideal society based on ideas of Socrates, a society able to provide a livelihood for its people, a society free of what he saw as the self-serving individualism and commercialism of Athens, and a society unified by a harmony of interests.

In his Republic Plato was foreshadowing the rise of tyrants like Caesar and Hitler by showing how extremes of liberty and equality lead to an intolerance of inequality and corruption, and how a populist tyrant arises as a champion of the people to destroy the “corrupt elite class”. For, as Plato, Montesquie, Marx, Madison, Hamilton, and others knew too well, a government like a Democracy can be corrupted by extreme equality and extreme inequality and collapse into a tyrannical government just as easily as an aristocracy can become an oligarchy.

This article is a summary of: