Hypatia (born c. 350–370 CE; died 415 CE) taught mathematics, astronomy, and philosophy at the Museum of Alexandria, eventually succeeding her father as its head. Although she was an esteemed Neo-Platonist intellectual and the first notable female mathematician, it was her martyrdom that ensured her fame.

END_OF_DOCUMENT_TOKEN_TO_BE_REPLACED

According to tradition, Confucius was born in 551 BCE in Qufu, in the state of Lu, China. His name was originally Kong Qiu, and only later did he earn the title Kong Fuzi, or “Master Kong.” Little is known about his life, except that he was from a well-to-do family, and that as a young man he worked as a servant to support his family after his father died.

END_OF_DOCUMENT_TOKEN_TO_BE_REPLACED

Almost all we know of Siddhartha Gautama’s life comes from biographies written by his followers centuries after his death, and which differ widely in many details. What is certain is that he was born in Lumbini, modern-day Nepal, some time around 560 BCE. His father was an official, possibly the leader of a clan, and Siddhartha led a privileged life of luxury and high status. Dissatisfied with this, Siddhartha left his wife and son to find a spiritual path, and discovered the “middle way” between sensual indulgence and asceticism.

END_OF_DOCUMENT_TOKEN_TO_BE_REPLACED

So little is known for certain about the author of the Daode jing, who is traditionally assumed to be Laozi (Lao Tzu). He has become an almost mythical figure; it has even been suggested that the book was not by Laozi, but is in fact a compilation of sayings by a number of scholars.

END_OF_DOCUMENT_TOKEN_TO_BE_REPLACED

Born in Athens in 469 BCE, Socrates was the son of a stonemason and a midwife. It is likely that he pursued his father’s profession, and had the opportunity to study philosophy, before he was called up for military service. After distinguishing himself during the Peloponnesian War, he returned to Athens, and for a while involved himself in politics. However, when his father died he inherited enough money to live with his wife Xanthippe without having to work.

END_OF_DOCUMENT_TOKEN_TO_BE_REPLACED

Little is known about Pythagoras’s life. He left no writings himself, and unfortunately, as the Greek philosopher Porphyry noted in his Vita Pythagorae, “No one knows for certain what Pythagoras told his associates, since they observed an unusual silence.” However, modern scholars believe that Pythagoras was probably born on the island of Samos, off the coast of modern-day Turkey.

END_OF_DOCUMENT_TOKEN_TO_BE_REPLACED

Jean-Jacques Rousseau (28 June 1712 – 2 July 1778) was born to a Calvinist family in Geneva. His mother died only a few days after his birth, and his father fled home following a duel a few years later, leaving him in the care of an uncle. Aged 16, he left for France and converted to Catholicism. While trying to make his name as a composer, he worked as a civil servant and was posted to Venice for two years, but on his return he began to write philosophy. His controversial views led to his books being banned in Switzerland and France, and warrants being issued for his arrest. He was forced to accept David Hume’s invitation to live in England for a short time, but after they quarrelled he returned to France under a false name. He was later allowed to return to Paris, where he lived until his death at the age of 66.

END_OF_DOCUMENT_TOKEN_TO_BE_REPLACED 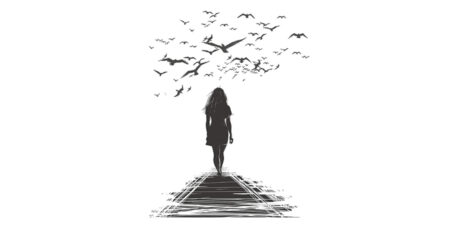 Maybe the departure of ideals from our lives is all to the good. Surely ideals are dangerous: those […]