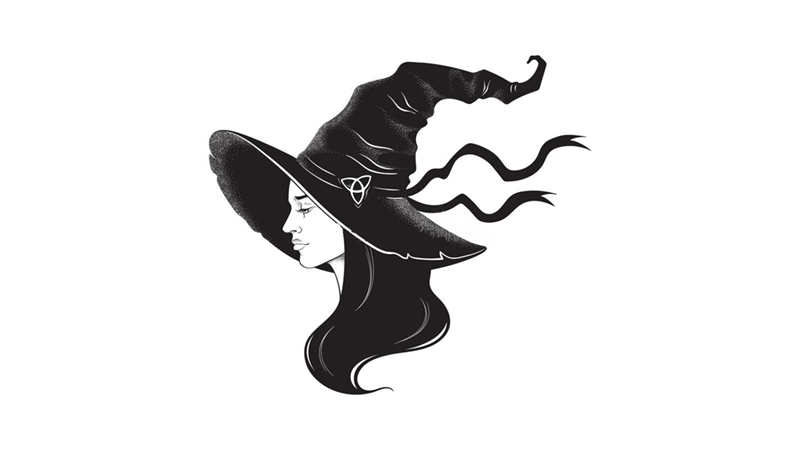 The word “witch” comes from the Anglo-Saxon word “Wicca,” which comes from the word “wicce,” meaning “wise.” The origin of the word dates back to thousands of years when people widely worshiped Mother Earth or Nature as goddesses.

Good Witch
Witches are today most traditional as well as mysterious entities we associate with Halloween. When you think of a Witch, it’s easy to conjure up an image of an old, ugly, hook-nosed woman, stirring up a steaming potion that is brewing away inside a cauldron. Have you ever wondered where this sordid image of a witch actually started? Did such vile beings really ever exist, or is this whole business of a hideous, green-faced, evil sorcerer just one fabricated myth? 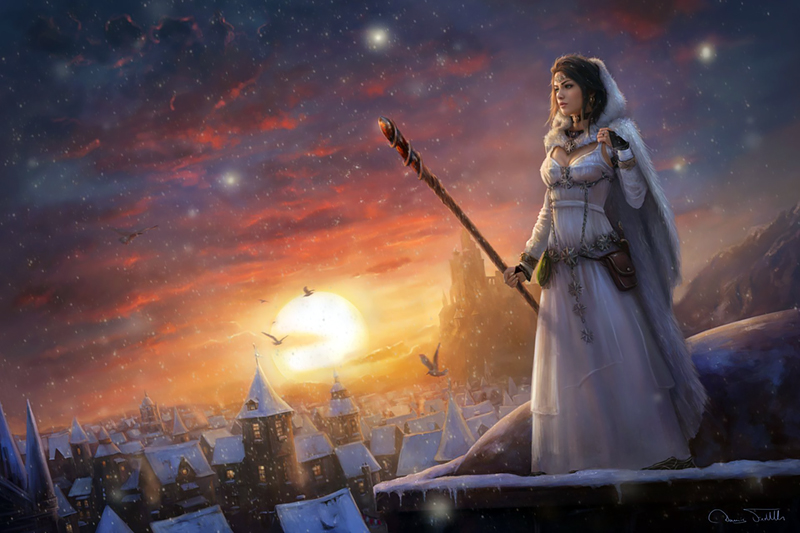 Carole Fontaine, an internationally recognized American biblical scholar, argues in an interview that the idea of the witch has been around as long as humanity has tried to deal with disease and avert disaster. In the earliest centuries of human civilization, witches were the women who served the goddesses and therefore were revered throughout their communities. In the Middle East, ancient civilizations not only worshiped powerful female deities, but it was often women who practiced the holiest of rituals. Trained in the sacred arts, these priestesses became known as wise women, and may have been some of the earliest manifestations of what we now recognize as the witch. These wise women made house calls, delivered babies, dealt with infertility, and cured impotence.

What’s interesting about them is that they are so clearly understood to be positive figures in their society. No king could be without their counsel, no army could recover from a defeat without their ritual activity, no baby could be born without their presence.

Up until the establishment of dominant and especially monotheistic religions, what we might call witchcraft today was just an accepted practice. Witchcraft has existed since the dawn of the human species. In fact, we can actually prove that witchcraft was a thing before civilization and recorded history through the examination of cave paintings, which have depicted various rites being conducted for various reasons, like a bountiful hunt. We also know that shamans were said to have special contact with the gods, the spirits, the forces of nature, you name it, and wielded considerable social power for their perceived abilities.

So how did the benevolent image of a wise woman transform into the malevolent figure of the witch we know today?

Some scholars maintain that the answer may be linked to events long before the birth of Christ, when Indo-Europeans expanded westward, bringing with them a warrior culture that valued aggression and male Gods of War, which dominated the once-revered female deities. 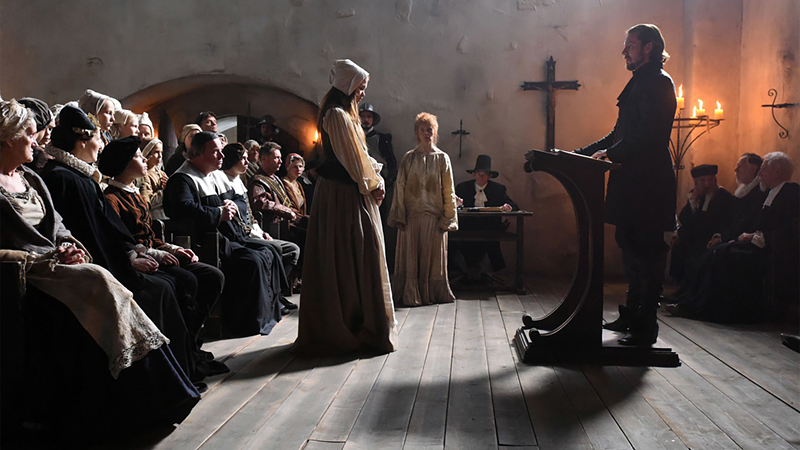 Others believe that when the Hebrews settled in Canaan 1300 years before the common era, their male-centric — and monotheistic — view of creation came along for the ride. Obeying laws of the Bible, Hebrews believed witchcraft to be dangerous, and prohibited it as a pagan practice.

It’s unclear exactly when witches came on the historical scene, but one of the earliest records of a witch is in the Bible in the book of 1 Samuel, thought be written between 931 B.C. and 721 B.C. It tells the story of when King Saul sought the Witch of Endor to summon the dead prophet Samuel’s spirit to help him defeat the Philistine army.The witch roused Samuel, who then prophesied the death of Saul and his sons. The next day, according to the Bible, Saul’s sons died in battle, and Saul committed suicide.

Other Old Testament verses condemn witches, such as the oft-cited Exodus 22:18, which says, “thou shalt not suffer a witch to live.” Additional Biblical passages caution against divination, chanting or using witches to contact the dead.

St. Augustine of Hippo (13 November 354 – 28 August 430 AD), was a powerful and influential thinker who rose with the rising tides of Christianity, and he truly believed that anything pagan was not only ungodly but of Satan, and thus, the link between anything occultist or outside of the general framework of the Christianity of the day with evil was solidified. This idea still persists in Christianity to this day. This was a pivotal moment, as the rising Christians were soon to become the group of people who were synonymous with terrifying witch trails. 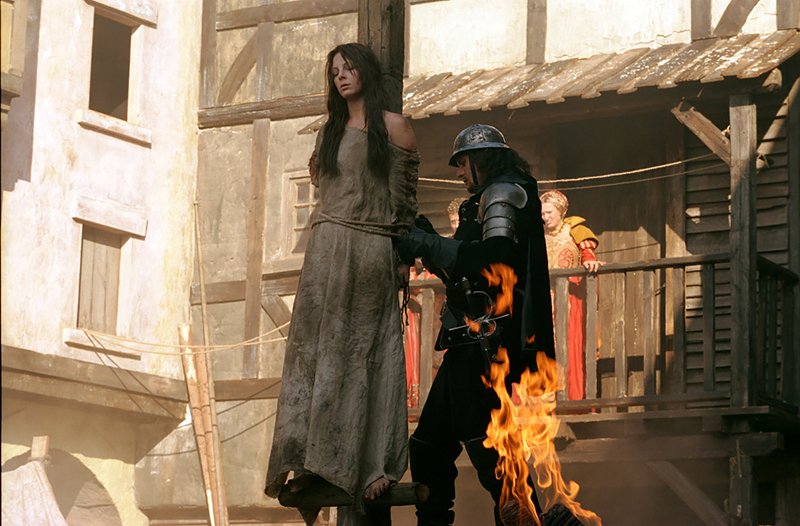 Malleus Maleficarum
The publication of “Malleus Maleficarum”—written by two well-respected German Dominicans in 1486—likely spurred witch mania to go viral. The book, usually translated as “The Hammer of Witches,” was essentially a guide on how to identify, hunt and interrogate witches. “Malleus Maleficarum” labeled witchcraft as heresy, and quickly became the authority for Protestants and Catholics trying to flush out witches living among them. For more than 100 years, the book sold more copies of any other book in Europe except the Bible.

The early modern period of Europe, spanning from roughly 1450 to 1750, saw a massive increase in witch trials. During this time, around 100,000 people, mostly women, were suspected of witchcraft. Half of them were executed, typically by burning at the stake. Many of these murders took place in Germany, with two particularly brutal areas being Trier and Wurzburg, and in 1589, 133 people were killed by the hands of the state, at the behest of the Church, in one single day. Germans were killing those they feared were witches ruthlessly. In 1629 alone, 279 people were executed for being witches in these areas.The idea that any witch, no matter who they were or what they looked like, needed to be executed, spread through Europe like wildfire. Soon, every country from Scotland to Switzerland was killing people en masse. Dozens of massive witch trials took place throughout Europe as the fever of doing so set in. Tragically, thousands lost their lives for so much as being suspected of witchcraft. This spawned a new profession of witch-hunters, who looked for the supposed Devil’s Mark on people, and anyone with any sort of markings could never truly be safe. The state and Church combined, at the time, were mad with power. Germany had the highest witchcraft execution rate, while Ireland had the lowest.

As witch hysteria decreased in Europe, it grew in the New World, which was reeling from wars between the French and British, a smallpox epidemic and the ongoing fear of attacks from neighboring native American tribes. The tense atmosphere was ripe for finding scapegoats. Probably the best-known witch trials took place in Salem, Massachusetts in 1692.

Book of Shadows
Modern-day witches of the Western World still struggle to shake their historical stereotype. Most practice Wicca, an official religion in the United States and Canada. Wiccans avoid evil and the appearance of evil at all costs. Their motto is to “harm none,” and they strive to live a peaceful, tolerant and balanced life in tune with nature and humanity. Many modern-day witches still perform witchcraft, but there’s seldom anything sinister about it. Their spells and incantations are often derived from their Book of Shadows, a 20th-century collection of wisdom and witchcraft, and can be compared to the act of prayer in other religions. A modern-day witchcraft potion is more likely to be an herbal remedy for the flu instead of a hex to harm someone. 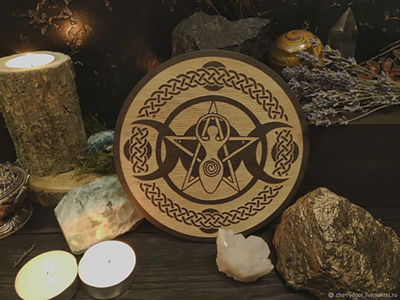 Today’s witchcraft spells are usually used to stop someone from doing evil or harming themselves. Ironically, while it’s probable some historical witches used witchcraft for evil purposes, many may have embraced it for healing or protection against the immorality they were accused of. But witches—whether actual or accused—still face persecution and death. Several men and women suspected of using witchcraft have been beaten and killed in Papua New Guinea since 2010, including a young mother who was burned alive. Similar episodes of violence against people accused of being witches have occurred in Africa, South America, the Middle East and in immigrant communities in Europe and America.

Thanks to all sources for this article: allthatsinteresting.com, history.com, themoonlightshop.com, learnreligions.com and listverse.com.