Welcome to The Gallerist

Thank you for your visit. A place for inspiration, but also a place for philosophy and mythology.

“Not Christian or Jew or Muslim, not Hindu
Buddhist, sufi, or zen. Not any religion
or cultural system. I am not from the East
or the West, not out of the ocean or up
from the ground, not natural or ethereal, not
composed of elements at all. I do not exist,
am not an entity in this world or in the next,
did not descend from Adam and Eve or any
origin story. My place is placeless, a trace
of the traceless. Neither body or soul.
I belong to the beloved, have seen the two
worlds as one and that one call to and know,
first, last, outer, inner, only that
breath breathing human being.”

“It is difficult to classify the painting of Jaime Vasquez, as a modernist, as post modernist, or neoclassic. He is a poliedric virtuoso ; Vasquez escapes any class of ideology, for his love of beauty”-Paola Antonelli, Curator, MOMA. ” My works proceed a long and strict thematic and technical study along my 29 years since 1980, when I studied at the National School of Fine Arts (Peru), from here my pictorial creations developed 9 periods to the present time, “Agony in the Port” 1981, “Waves of Mystery” 1985, “Wings of the Time” 1988, “Paradigms in the Time” 1994, “Utopias” 1996, “Spiritual Archeology” 1997 Sensitive relief of the Spirit” 2001,” Construction of Dreams” 2004.'' - Jaime Vasquez

One of the questions that has faced and continues to face some of the philosophers of the world is ‘What is reality?’

Plato addresses this question in his doctrine, the Theory of Forms. In an attempt to answer this question, he explains what the Forms 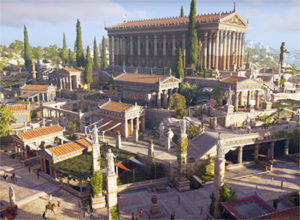 are and how they affect the way the world is observed. These so-called Forms are the basis of the reality we perceive. The question one must ask him or her self is what are these forms, where do they come from, and how do they affect us as a society.’ A Platonic Form (Idea) is not a thought in someone’s mind but something that exists per se as an immutable part of the structure of reality.’ This statement is the foundation of Plato’s philosophy. He believed that besides the material world we live in and of which we experience; there is another world, an eternal world of concepts, or Forms. This eternal world is more real than the world we experience through the senses (or Empirical knowledge – knowledge based on our senses), and it is the object of knowledge, pure knowledge, not opinion.

What Plato means by the Forms is that they are the essential archetypes of things, having an eternal existence, apprehended by the mind, not the senses, for it is the mind that beholds “real existence, colorless, formless, and intangible, they are behind the way we see the world. In other words, they control the images and ideas that are presented to us.

Two examples of such forms are ideal beauty and absolute goodness. When a person makes a comment like ‘ That is a beautiful home.’ What is the difference between a beautiful home and a home that is not beautiful? This illustrates the point that Plato is attempting to make about the Forms functioning as a standard by which we compare the world to. Read more

In Greek mythology, nymphs were minor female deities, or goddesses, associated with nature. Typically pictured as beautiful girls or young women, they could live for a very long time but were not immortal (able to live forever). Most nymphs were the daughters of Zeus, the leader of the gods, or of other gods. 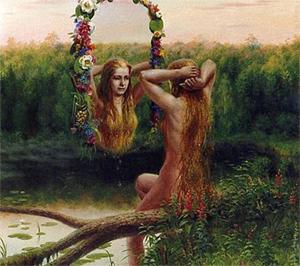 They generally had gentle natures and acted with kindness toward humans. Some stories, however, tell of nymphs who lured unsuspecting mortals to their deaths. Acheloös, to some degree a generalized river god, often figures as the father, but many others are also invoked, depending on the region. While the ultimate mortality of nymphs was debated among ancient authors it was clear to the ancients that they enjoyed a superhuman lifespan far outstripping that of mortal men and women.

Overall the nymph is a highly ambiguous figure. Though sexually desirable, she is usually free of the familial restrictions applied to mortal women and can rarely be fully domesticated. Nymphs may be sexually promiscuous, and they can act as the aggressors in ephemeral affairs with mortals. Furthermore, such affairs can be deadly to the male, as the cases of Daphnis and Rhoikos show.  Nymphs regularly personify and inhabit springs, rivers, and lakes. One of their main mythic and cultic functions is to provide fresh water. A female who is part of Artemis’ or Dionysos’ mythic retinues or who takes part in the care of infant gods is likely to be a nymph.

Comparison of the discernable functions of nymph and heroine cults reveals some overlap. This is not surprising: Greek deities presided over a limited number of timeless human concerns, and no sharp division of labor existed. Read more

Latest from the Blog

Plato’s critique of democracy is that democracy does not place a premium on wisdom and knowledge seeking as an inherent...

Over the last twenty-five years, Mia has crafted an award winning, diverse career in art that is inspired by a...

Simon Pasini was born in Genoa in 1976. When Pasini was 4 years old he moved to South-Africa with his...

Sergio Cerchi was born in Florence, where he still lives and works and where he received a diploma from the...