Vie Dunn-Harr, Painter. Born in San Antonio, Texas (USA) in 1953. Dunn-Harr found her artistic expression slowly, yet deliberately, and continues to explore the many possibilities in the arts. She derived much of her early experience from the traditional Warren Hunter School of Art and continues to embrace formalism. 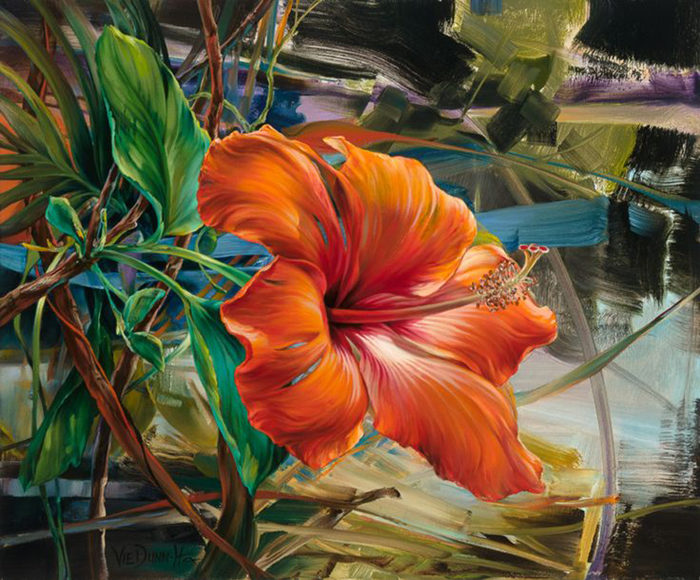 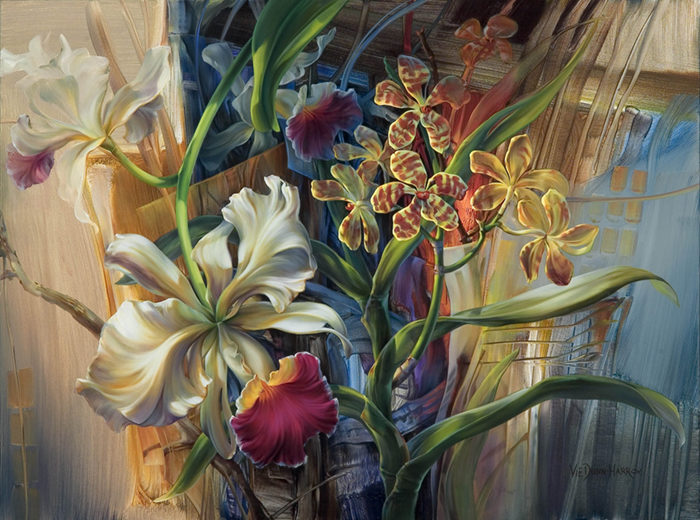 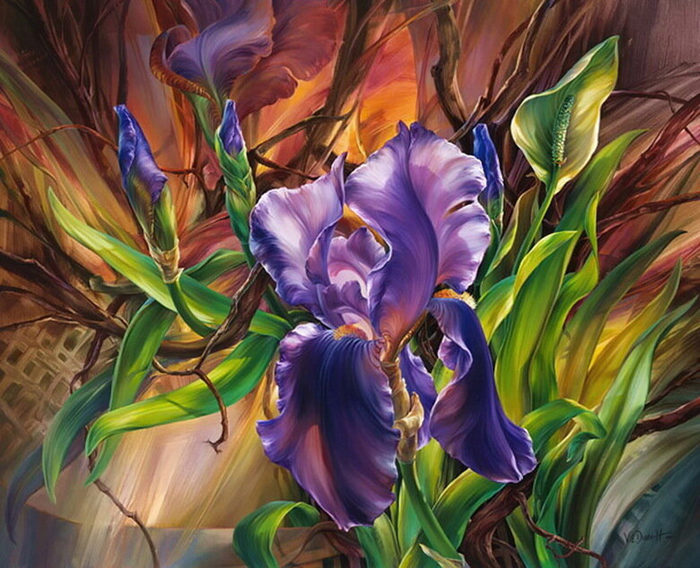 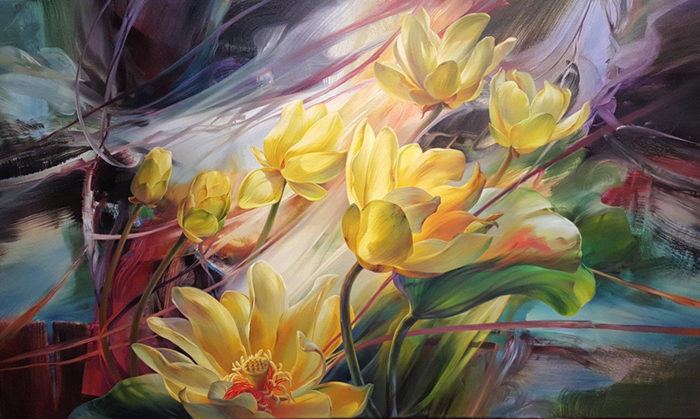 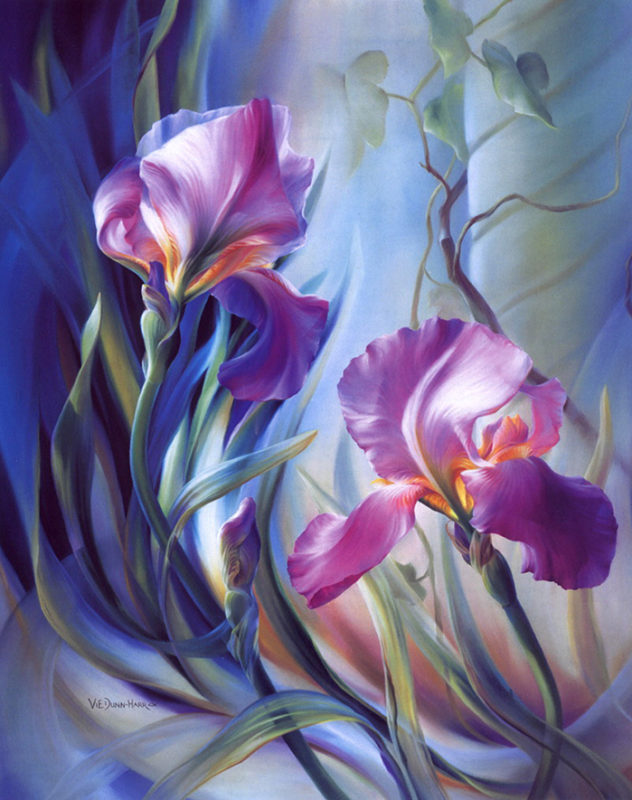 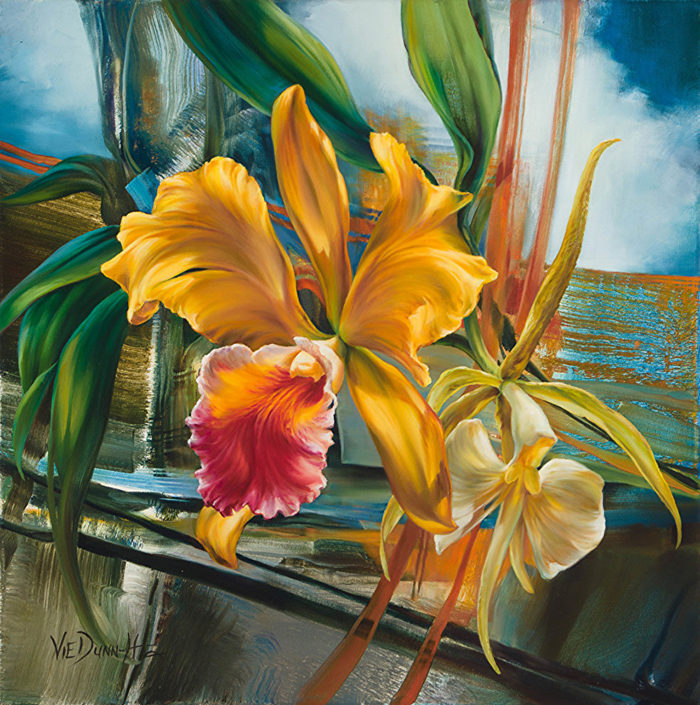 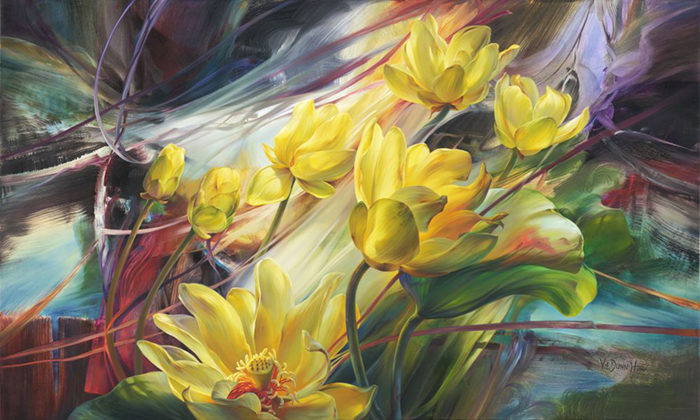 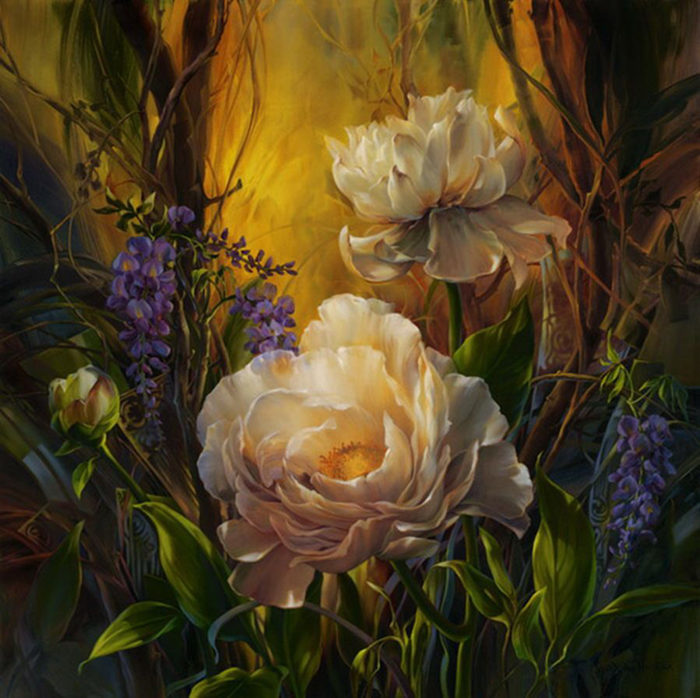 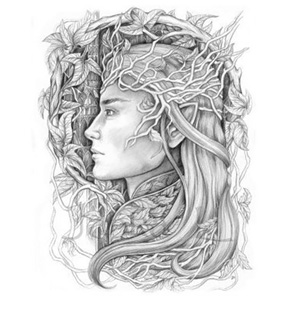 Still, beliefs in elves persisted in the early modern period, particularly in Scotland and Scandinavia, where elves were thought of as magically powerful people living, usually invisibly, alongside everyday human communities. They continued to be associated with causing illnesses and with sexual threats. For example, a number of early modern ballads in the British Isles and Scandinavia, originating in the medieval period, describe elves attempting to seduce or abduct human characters. 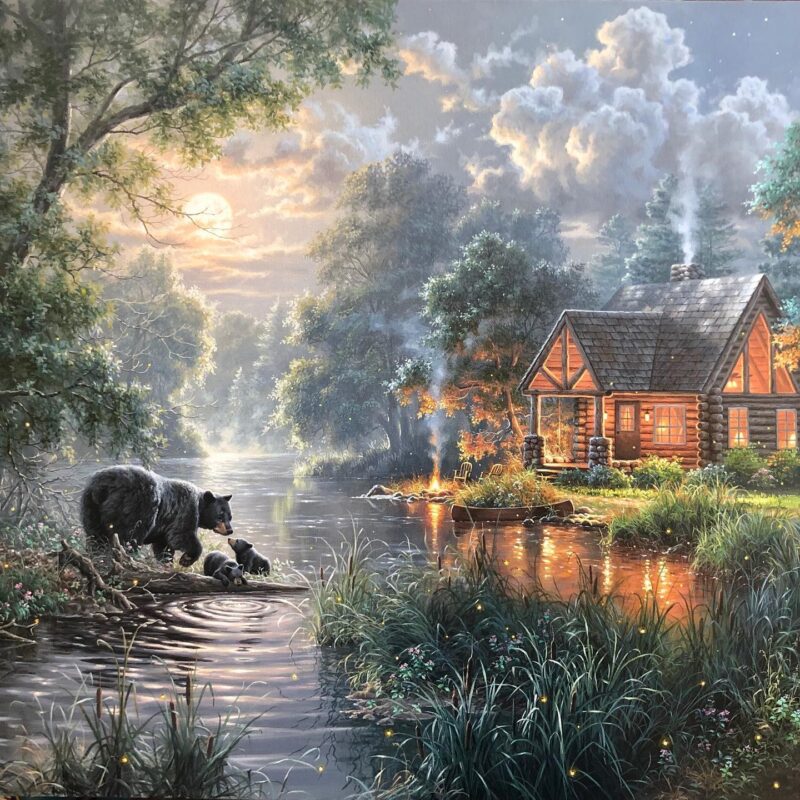 Featured Artist:
Abraham Hunter
'' As early as I can remember I was busy drawing and coloring on anything I could get my hands on. '' - Abraham Hunter